You can be the boss (of some confidentiality and email) 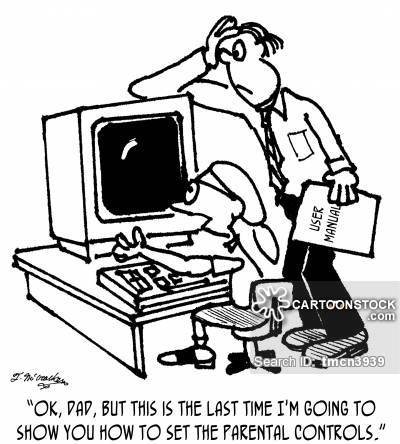 The National Labor Relations Board issued on December 17 two decisions that are sure to put employers in the holiday spirit. In a long-awaited decision, the Board overturned Purple Communications and held that employers have the right to control the use of their e-mail and IT systems to restrict employee union and protected concerted activity. In a second decision, the Board determined that an employer work rule requiring confidentiality during an employer investigation is lawful to maintain.

The Board reversed the Obama Board’s controversial 2014 decision in Purple Communications. In that case, the Obama Board held that employees had a presumptive right to use employer e-mail systems on nonworking time for communications protected by Section 7 of the National Labor Relations Act (NLRA). Thus, employees could use an employer-provided e-mail system to further union organizing efforts during nonworking time.

The Board’s decision creates an exception for circumstances where the use of employer-provided e-mail is the only reasonable means for employees to communicate with each other during nonworking time during the workday. But given alternatives such as personal e-mail, text messaging, and social media, though, it is unclear how often this exception may be invoked.

This decision is unquestionably a win for employers who lost the right to control its e-mail and IT systems during nonworking time following Purple Communications. Employers no longer must allow employees to use its e-mail system to further union organizing efforts during nonwork time. Employers, however, should be mindful not to enforce its lawful restrictions on employee use of these systems in a manner that discriminates against union and other protected activity. As always, employers should consistently enforce any restriction on employee use of e-mail systems for non-work purposes during nonworking time.

Employers May Require Confidentiality During Investigations

As the Board set forth in the 2017 case, The Boeing Company (which we discussed in detail in a December 2017 E-lert), workplace rules are divided into three categories, depending on whether they (1) are lawful, (2) warrant individualized scrutiny, or (3) are unlawful under the National Labor Relations Act. In Apogee Retail LLC, the Board overturned Banner and held that employers may lawfully maintain rules requiring employee confidentiality for the duration of an investigation. The Board will consider these lawful Category 1 rules under the Boeing framework. Where the confidentiality requirement is not limited to the duration of an investigation, as was true in this case, the rule will require individualized scrutiny as a Boeing Category 2 rule. Here, the Board remanded the case for further proceedings to address whether the employer has one or more legitimate justifications for requiring confidentiality even after an investigation is over, and if so, whether the justifications outweigh the adverse effect that the confidentiality rule has on employees’ rights under the NLRA. We will keep you updated of further developments in this case.

Employers may now direct employees to maintain confidentiality for the duration of an investigation. In addition, the NLRB’s new approach more closely aligns with that of the Equal Employment Opportunity Commission, which requires employers to maintain confidentiality as much as possible. In June 2016, the EEOC’s Select Task Force on the Study of Harassment in the Workplace issued a report in which it specifically observed:

We heard strong support for the proposition that workplace investigations should be kept as confidential as is possible, consistent with conducting a thorough and effective investigation. We heard also, however, that an employer’s ability to maintain confidentiality – specifically, to request that witnesses and others involved in a harassment investigation keep all information confidential – has been limited in some instances by decisions of the [NLRB] relating to the rights of employees to engage in concerted, protected activity under the [NLRA]. In light of the concerns we have heard, we recommend that EEOC and NLRB confer and consult in a good faith effort to determine what conflicts may exist, and as necessary, work together to harmonize the interplay of federal EEO laws and the NLRA.

Report of the Co-Chairs of the EEOC Select Task Force on the Study of Harassment in the Workplace, at 42, June 2016, https://www.eeoc.gov/eeoc/task_force/harassment/report.cfm. Notably, however, although the NLRB’s new position would appear to support a blanket confidentiality requirement, the EEOC’s position is not as categorical, despite the statement quoted above. The EEOC has separately asserted that a policy that imposes discipline for failing to abide by strict confidentiality requirements during an internal investigation may violate the anti-retaliation provisions of Title VII and other federal anti-discrimination laws. Thus, according to the EEOC, an employer may suggest to witnesses – but not mandate – that they should keep the matter confidential, with the exception that confidentiality may be required where there is a legitimate and specific concern that there may be tampering with witnesses or evidence. Thus, even with this “gift” from the NLRB, employers must still be thoughtful about the parameters of a confidentiality requirement in the context of internal investigations.

This blog was written by Chad Horton at Shawe Rosenthal, which authors our Maryland Human Resources Manual. You can find the original and their Labor & Employment Report blog on their website

Thirty-five years after Max Headroom first invaded our reality with his virtual reality, you can fire him. OK, you can't...

Biometrics in the Workplace

It happens in almost every workplace almost every day: somebody swears or is on an iffy website or is carrying...