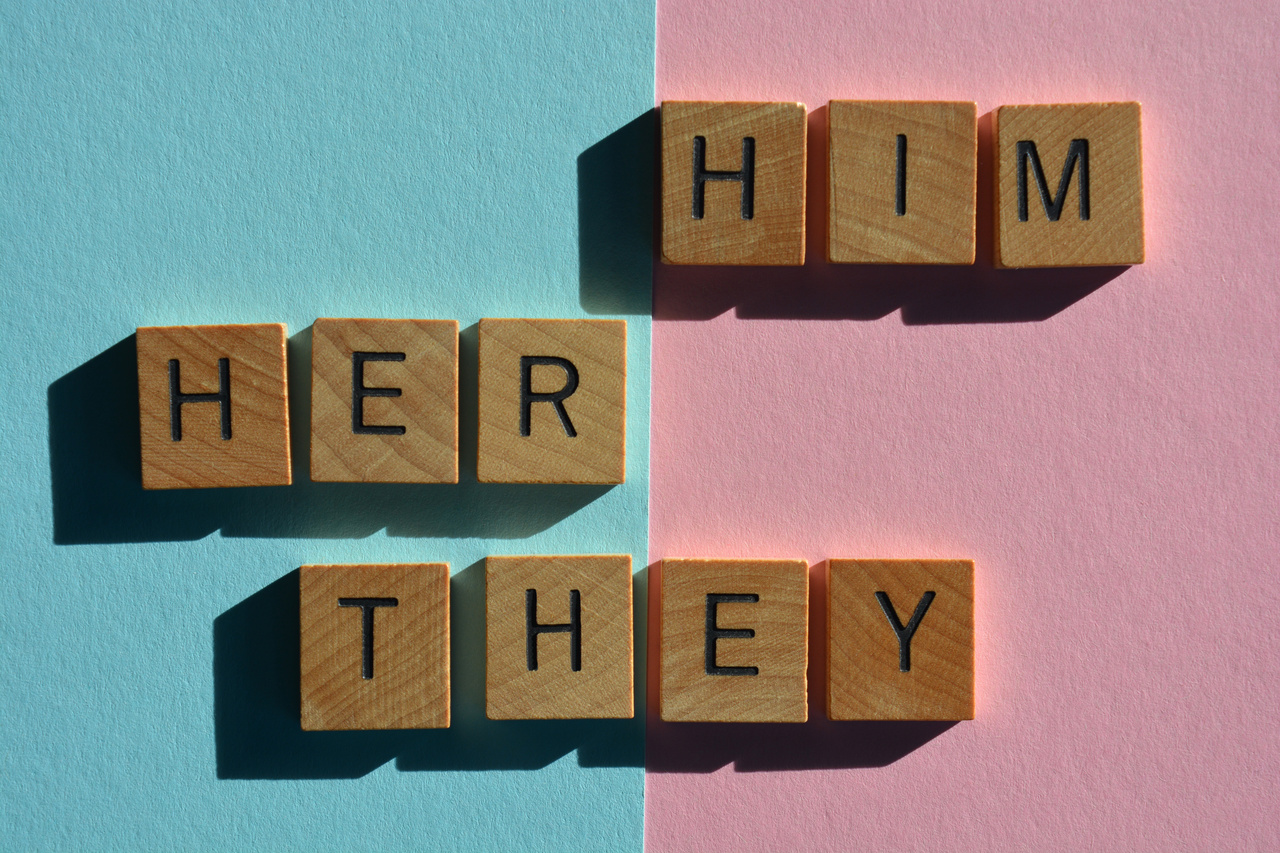 When we hear the term “pronoun” our minds revert back to elementary school grammar lessons: “Class, personal pronouns are words we put in place to represent people. I, we, me, he, she, it, they, them and so on.” Like most things in life, things have gotten a bit more complex since elementary school, and pronouns have taken on a larger context.

In the last few decades gender expression and sexuality have taken many steps forward, with LGBTQ+ individuals gaining more discrimination protections and a wider societal understanding of the complexities and sensitivities that surround gender. From transgender individuals (those whose gender identity does not align with their sex assigned at birth) to gender non-binary individuals (those whose gender identity or expression does not fall within binary constructs of gender), the conversation around gender and pronouns has grown more complicated than “I, me, she, he.” And all signs say there is more to come: a recent Pew Survey found 1.6 percent of U.S. adults, or 5.2 million people, are openly transgender or nonbinary, and about 5 percent of people younger than 30 are transgender or nonbinary.

In 2020, the U.S. Supreme Court ruled that Title VII’s prohibition against sex discrimination includes discrimination based on an employee’s gender identity or sexual orientation. The U.S. Equal Employment Opportunity Commission's technical assistance publication, “Protections Against Employment Discrimination Based on Sexual Orientation or Gender Identity” considers the use of pronouns or names that are inconsistent with an individual’s gender identity as unlawful harassment.

These gender expressions may seem like a private matter, but they impact our daily lives in countless ways, ranging from how bathrooms are labeled to how you introduce a colleague in a meeting. In this guide we look at why employers should care what pronouns are used in the workplace and where they are used, as well as give a high level set of terminology you should be familiar with.

Why is it important for employers to use proper gender pronouns?

From obvious legal reasons to less obvious team building ones, correctly using team members’ pronouns is becoming more and more essential. Taking a moment to reflect on the importance of why pronouns matter can help avoid missteps in the future and put us on a path to building an inclusive workplace.

NOTE: Beyond this, whether or not an employee has taken the steps to change their legal name and gender is irrelevant—meaning the employee’s pronouns are up to them to decide. “Savvy, inclusive employers embrace their employee’s pronoun preferences, not just because of the potential legal ramifications, but also because it is the right thing to do, says employment attorney and partner Sheila Willis of FIsher Phillips, LLP.

What should employers consider when pronouns are involved?

As this is new territory for many employers, here are a few key considerations for employers:

NOTE: this is not the same as requesting an employee to state their gender on employment forms.

Where are pronouns used in the workplace?

While it may sound obvious where pronouns are used—in place of nouns right?—there are a few employment-related situations that might escape us, and also areas where employers can show their grasp of the importance of pronoun usage by overindexing on being clear with their pronouns.

Example: Lisa, meet Jason from Facilities, they are responsible for the incredible new layout in the conference rooms.

What are the most commonly used genders in the workplace?

While definitions and pronouns are being added regularly, here is a list of current pronoun classifications as well as a few terms that will help you navigate conversations around gender.

Sources for this blog

ADP: Best Practices for Using Pronouns in the Workplace and Everyplace!