Politics in the workplace is like Malört in ice cream 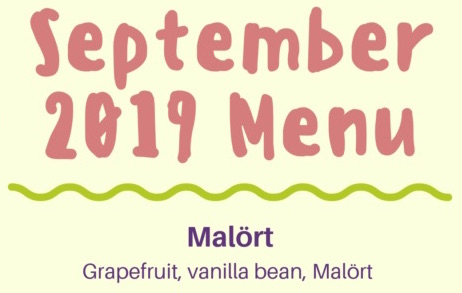 Politics and the workplace don't mix.

Here's how to keep it under control.

A very large national employer (you've probably heard of it -- the name rhymes with "floogle") made the news recently after it issued an edict discouraging employees from having political discussions in the workplace.

I think exercising control over political talk at work is a good idea. Our society is becoming increasingly polarized, and if civil discourse ever existed (I have my doubts), it sure is rare now.

Unless you are a government employer, your employees do not have a First Amendment right to discuss whatever they want in the workplace. The First Amendment applies to constraints on speech by the government. It does not mean that private sector employers cannot require employees to be civil to each other, or even to outright ban workplace political discussions.

So, as the 2020 election draws nigh, here are my tips for keeping workplace political discussions under control.

No. 1: "Face-time" only. One big problem that "floogle" had, in my opinion, is that it has 100,000 employees, and it offers online discussion forums for employees to discuss whatever is on their minds.

Is that asking for trouble, or what?

I suspect that few employees in an organization that vast know each other. And as Justine Sacco learned the hard way, when you post something on social media to a bunch of strangers you have no idea how anyone is reacting. No facial expressions, no social cues, no opportunities to smile and let them know you're being tongue-in-cheek, no way to argue vigorously and then laugh, smile, and shake hands or hug when you're through.

For these reasons, my first rule would be to strongly encourage employees to have their political discussions only with "real," not "virtual," colleagues.

No. 2: Counsel employees to be considerate of the leanings of their co-workers. In most workplaces, you will have a mix of Republicans, Democrats, Libertarians, Independents, members of the United States Pirate Party, and everybody else, and they'll all have varying degrees of passion. An employee who adores President Donald J. Trump does not need to be initiating debates with a co-worker who wept all night (and not for joy) on November 8-9, 2016. Or vice versa. Such a debate is unlikely to result in anything but hard feelings.

No. 3: Counsel employees to talk politics, if they must, with co-workers who are likely to agree with them. Well, what's the fun in that? I know, I know. But they'll have plenty of time to come to blows with their relatives and non-work friends when they're off the clock and off the premises. You don't need "robust debate" about non-work-related issues in your workplace.

No. 4: As often as necessary, remind employees that their political adversaries are people too. It's tempting to think that anyone who disagrees with you is the scum of the earth, but that is not true. I haven't even met them, but I bet your political adversaries have many good qualities. Mine do. They are kind to their parents and kids, good neighbors, volunteer, give to charity, adopt rescue animals. Even if they're not quite that good, they may be really good at their jobs, which is a nice thing to have in a co-worker -- regardless of politics.

No. 5: Remind employees of a few choice phrases. No, not the ones you're thinking of! I mean phrases like, "You make a good point," or "I hadn't thought about that," or "I don't agree, but I can understand where you're coming from," or "I agree with everything you've said, with this one exception . . ." Or even, "I couldn't disagree with you more, but I respect and like you too much to let this get in our way."

No. 6: Ban t-shirts, hats, or other apparel with messages. This is usually not an issue in an office environment, but if you're in a manufacturing environment, you would be wise to put in your dress code that clothing with "messages" will result in the employee's being sent home to change. If you need to make limited exceptions, you can -- for example, schools or sports teams. (If you make any exceptions, you may have to allow employees to wear clothing with union insignia or messages, too.)

No. 7: Be non-partisan. In other words, don't impose what First Amendment lawyers call "content-based restrictions." If an employee violates your no-politics policy, enforce it even-handedly, without regard to the political position taken by the employee. Exceptions may be made for employees who advocate violence, or who express themselves in an abusive, threatening, or harassing manner.

No. 8: No "spiking the football" after an election win. When employees go to work the day after an election, they should assume that half of their co-workers are very, very unhappy. If their person won, great, but remind them about how they felt that other time when their person lost. And remind them about how grateful they were when their inwardly-rejoicing co-workers limited their discussion to the weather and the next day's staff meeting. Do unto others, and all that.

No. 9: Speaking of "do unto others," don't pressure your employees to support your favored candidates or issues. Sometimes it's not the employee but the employer who is heavy-handed. Unless the issue is critical to the survival of your company or fundamental to your business, give your employees the freedom to make their own political decisions without interference from you.

Welcome to the 2020 campaign, and have a great Labor Day weekend!