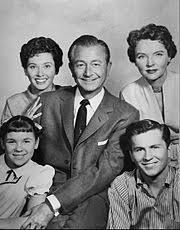 "Dads in the workplace" quiz!

How much do you know about the rights of dads in the workplace? Take our quiz and find out! As always, the answers appear immediately after the questions, so you can cheat all you want, as long as your cheating doesn't disturb Dad's well-deserved Father's Day nap. And if you make it to the end, we'll have A Major Award for you in honor of the occasion.

No. 1: Which of the following types of leave under the Family and Medical Leave Act is a father not eligible to take (assuming he meets all other requirements for FMLA leave)?

A. "Qualifying exigency" leave if his son or daughter is preparing for deployment in the U.S. military.

B. Time off to care for his 25-year-old non-disabled daughter who is recuperating from an appendectomy.

C. Time off to "bond" with his newborn baby, but only if he and the baby's mother are not married.

D. Time off to go with his girlfriend to her prenatal visits (assuming he is the father of the child).

E. Time off to go with his wife to her prenatal visits (assuming he is not the father of the child).

F. All of the above.

No. 2: ABZ Company, which is in a state that does not mandate paid leave, has chosen to provide fully-paid leave to female employees for the period of disability that follows childbirth. ABZ offers nothing to fathers except unpaid FMLA leave for prenatal visits and baby bonding. Is this legal?

A. Illegal, because it discriminates against men.

B. Legal. Since ABZ's state doesn't have a paid leave law, ABZ can do whatever it wants.

C. Legal, because motherhood is sacred.

D. Legal, because women who have just given birth are not "similarly situated" to new fathers, who have no medical disability.

ANSWER: D. This is another tricky issue. During the period of childbirth and medical postpartum, the mother has a temporary medical disability. The father does not. So mothers and fathers are not "similarly situated" during the period immediately following the birth of a child. Based on federal law, there would be no reason that an employer couldn't provide a paid leave benefit to mothers only during this period.

No. 3: Xander is the proud father of a beautiful baby girl, Allegra D. After he takes his full 12 weeks of FMLA leave to bond with little Allegra D, he returns to work and applies for a promotion to a position for which he is well qualified. Instead of Xander, his employer selects Xeneca, a mother of two who is less qualified. When Xander asks why he didn't get the promotion, he is told that the hiring manager didn't think Xander took his job seriously enough -- as evidenced by his taking a full 12 weeks of FMLA leave to bond with Allegra D. (Xeneca took 12 weeks of FMLA leave when each of her children was born.) If Xander decided to take legal action against his employer, what could he do?

A.  Sue the heck out of the employer for FMLA retaliation.

C. Suck it up. Be a man. Bond with the next kid on your own time.

D. Sue the heck out of the employer for FMLA interference.

ANSWER: E. FMLA "interference" is preventing an employee from taking FMLA leave to which he or she is entitled, or discouraging an employee from doing that. It isn't clear whether Xander would have an interference claim because he was allowed to take all of his 12-week allotment. But he should have a valid "retaliation" claim (being penalized for exercising his rights under the FMLA) as well as a valid sex discrimination claim based on the unequal treatment he received as a father as compared with the treatment that Xeneca got as a mother.

No. 4: Larry and Mabel are married and work for the same employer. Their six-year-old, Little Jimmy, has a congenital heart defect and will need surgery. The doctors expect him to be fully recovered by the beginning of August. (Assume six weeks.) In November, Larry and Mabel are adopting a baby. Assuming the employer uses the calendar year as its FMLA leave year, and assuming Larry and Mabel both want to take off as much time as possible for both events, how much leave do they get in 2019?

ANSWER: D? B? A? Larry and Mabel each get six weeks apiece for Jimmy because he is their child and has a serious health condition. That leaves them with six weeks apiece after Little Jimmy's recovery.

For the adoption, they get a maximum of 12 weeks to split up in any way they think appropriate. But since they've already each taken six weeks of FMLA leave, that would seem to leave six weeks for the two of them to share for the baby (or three weeks apiece). In other words, a grand total of nine weeks each.

I must confess that I felt the need for a second opinion on this one. I consulted with my law partner and office head, Kristine Sims, who is very knowledgeable about the FMLA. We agreed that the risk-free (and also nice) thing to do under the circumstances would be for the employer to let them each have their full six weeks for the adoption. Nothing illegal about that. We're just not sure that the employer has to be that nice.

You get full credit for this one if you answered A, B, or D.

No. 5: QED Corporation wants to offer paid "baby bonding" leave to mothers and fathers equally, but is concerned about the expense and disruption to the workforce. At a seminar, the HR Manager hears about giving paid parental leave only to the employee who is the "primary caregiver" of the baby. An employee who is not the primary caregiver would get no paid leave, but could take unpaid FMLA leave if otherwise eligible. Assuming that no state paid leave law applies, is this arrangement legal and non-discriminatory?

A. Legal and non-discriminatory, because "primary caregiver" is gender-neutral.

B. Legal and non-discriminatory, as long as the employer doesn't assume that mothers are "primary caregivers" and fathers are not.

C. Illegal and discriminatory, because everyone knows mothers are almost always the "primary caregivers." This is just a sneaky way to discriminate against fathers.

D. Illegal and discriminatory, because "primary caregiver" is a legal term of art.

ANSWER: F. Paid leave to "primary caregivers" may be a good way to offer paid leave on a non-discriminatory basis without breaking the bank. But employers have to be careful not to make stereotypical assumptions about who the "primary caregiver" is. The best solution is to let the parents decide, and have them put their designation in writing. That should help protect the employer against any discrimination claims.

Just kidding! You all did great! And here is that Major Award I promised you:

Have a great Father's Day weekend!

OH: What your workplace can do right now to prepare for COVID-19

The workplace flu, vaccinations and telling employees to stay home

FMLA, perfect attendance and getting sued (and losing)

SC Common law marriage is no more – this affects the workplace how?

MN I gotta do what?

"Moms in the Workplace" quiz!

Holiday stew – ingredients for a happy and non-litigious holiday

FMLA leave before being eligible for FMLA leave

No call/no show shows. No what about it.

PTO on the house!

No FMLA for pet's death

FMLA - "leave" as in "leave the employee alone"