One step beyond March Madness 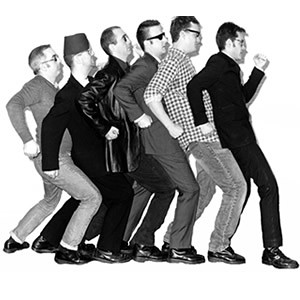 An Employer’s Guide to March Madness

March Madness has descended upon employers everywhere. Yesterday was Selection Sunday for the NCAA Men’s Division I basketball tournament, and today, an estimated 40 million Americans will begin filling out their tournament brackets – many of them at work. And when the tournament begins, you can be sure that many employees will be checking scores at the office, if not actually watching the game. Others may call in sick after a late night game (particularly if their team lost). Team gear, talking smack – what to do?

Gambling: Chances are high that your office has a tournament wager pool of some kind (whether bracket-based, auction-style, squares, or a survivor pool). Chances are also high that the pool may be illegal. (?!!!) The U.S. Supreme Court struck down a federal law prohibiting state authorization of gambling schemes, and state gambling laws vary widely. Some states permit low-value social gambling amongst acquaintances, as long as the organizer does not benefit. But other (archaic) state laws still abound, rendering this type of workplace gambling illegal. Moreover, multi-state employers should be aware that certain federal laws prohibit betting across state lines.

Legality aside, such pools can also create workplace conflict. There may be reasons that employees do not wish to participate in a pool –  they may have a religious objection to gambling, have a gambling addiction, lack the money to participate, or just don’t like to gamble. Those employees may feel either excluded or pressured to join in. Employees may also be poor losers or winners, fostering ill feelings. In addition, having large amounts of cash floating around the workplace is never a good idea!

Realistically, the chances of prosecution for an illegal workplace gambling pool are pretty low. Nonetheless, in states like Maryland, where such tournament pools are illegal if they include buy-in, chance and a prize, employers may wish to consider sponsoring a voluntary “no-cash” pool open to all, with a small-stakes reward, such as a gift card or a free lunch. Frankly, such a pool may be of interest to employers in all states, regardless of the applicable laws, since it may function as a morale booster for the workforce.

Computer use and cybersecurity: Some employees may access (illegal) sports-betting sites through the employer’s computer systems, and potentially expose the systems to malware. If they don’t have one already, employers may wish to consider implementing a policy that prohibits the use of company computer systems and equipment for illegal activity, such as gambling. (In fact, such a policy could prohibit the use of Internet access for personal reasons altogether – but realistically, most companies permit some limited personal use, as long as such use doesn’t interfere with productivity or system functioning.) If such a policy already exists, a reminder to employees might be useful.

The policy should also state that the employer may monitor employees’ computer usage, and that employees should have no expectation of privacy in their use of the company’s computer systems and equipment. (Emphasize this!) In addition, employers may block gambling (and other inappropriate) websites so that employees cannot access them on company systems.

Productivity: In addition to gambling during the workday, there are other workplace productivity concerns. During the beginning of the tournament, many of the games are played in the early afternoon during the week. In fact, for many years, CBS has promoted the tongue-in-cheek “boss button” to save employees from being caught by an over-the-shoulder supervisor. This problem has been magnified by the increasing ability to stream games on a myriad of devices. According to Wallethub, an estimated $4 BILLION in productivity will be lost during 2019 March Madness!

Employers should continue to enforce productivity standards, as well as relevant policies, such as those regarding the use of personal devices during working time or computer usage policies like that discussed above. Such policies should be applied consistently across the workforce in order to avoid any discrimination claims.

Dress Code and Civility Policies: Employees may wish to wear team jerseys, t-shirts or hats to show their support for their teams. Such clothing may or may not be appropriate for a particular workplace’s work environment. In addition, there may be safety or health issues associated with such apparel in workplaces involving the use of machinery (manufacturing) or hygiene (like healthcare or food service). Employers should consider and then clearly communicate what is considered acceptable for the workplace.

In addition, people may feel passionately about their teams. My sister’s mother-in-law is a die-hard UNC fan who has threatened to disown any grandchild who even thinks about applying to Duke. And she’s not kidding. This level of passion can be problematic in the workplace. Employers can certainly ensure that employees do not engage in disruptive conduct or speech, and that they treat co-workers and visitors with respect and courtesy. Again, such requirements must be applied consistently.

Attendance Policies: Employees may miss work during March Madness to watch (or even attend) games during the workday. They may also call out or arrive late after a late-night game. A complicating factor is the proliferation of sick leave laws in various states and cities – laws that prohibit employers from seeking verification for the use of sick leave if an employee calls out sick for fewer than two or three days. Sadly, the reality is that many employees may abuse these leave laws by calling out sick because of March Madness.

Employers should continue to enforce their attendance and call-in policies consistently. If an employer discovers that an employee has lied about the need for sick leave, it may discipline the employee for the dishonesty.

And now – let the madness begin!

This blog was written by Fiona Ong at Shawe Rosenthal, author of our Maryland Human Resources Manual. You can find the original and their Labor & Employment Report blog on their website.


IA Waterloo - Will Ban the Box be your Waterloo?

Discrimination CHARGE! – Step 3 Cause or no cause, because you gotta do something