As with other employment-related statutes, the FMLA applies only to certain employers. Under the FMLA, an "employer" is:

Several courts have concluded that supervisors can be held individually liable under this provision of the FMLA.

The following entities are also covered by the FMLA:

An eligible employee is an employee of a covered employer who meets all of the following criteria:

Flight crewmembers and flight attendants meet the hours of service requirement if they meet both of the following criteria:

Volunteers and the 50 employee threshold

Only the employees on an employer’s payroll should be counted to determine whether an employer meets the threshold for FMLA coverage. As an example, one Michigan court applying this rule held that volunteer firefighters were not city employees. Excluding the firefighters from the count towards the 50-employee threshold meant that the city had less than 50 employees, meaning that none of its employees were eligible for FMLA leave.

Leave to care for a family member

FMLA leave may be taken to care for an employee’s spouse, son, daughter, or parent who has a serious health condition, or to care for a covered servicemember with a serious illness or injury.  Employers may require certification from a healthcare provider regarding the need for the employee to provide care. According to the regulations, an employee may be “needed to care for” his or her family if either physical and/or psychological care is needed. Such care may include basic medical, hygienic or nutritional needs, transportation needs, psychological comfort or reassurance, or to make arrangements for changes in care, such as interviews to select a nursing home. The need to care for a family member ends upon the family member’s death.

An employee does not necessarily need "to care for" a family member in his or her home. In one Seventh Circuit case, Ballard v. Chi. Park Dist., the employee took FMLA leave to care for her terminally ill mother when the mother wanted to take a last family vacation to Las Vegas. Her employer counted the absences against the employee and eventually terminated her.  The employee challenged her termination, and the court held that termination under these circumstances violated the FMLA. The Court reasoned that providing care to a family member is not limited by geographic boundaries and applies even when the family member is not actively undergoing medical treatment.

Under the FMLA, the definition of “family member” is important. An employer may request documentation that establishes a family relationship to ensure the relationship qualifies as specifically defined by the FMLA. The covered relationships include the following:

A “spouse” is a person to whom the employee is lawfully married. On March 27, 2015, the Department of Labor’s new FMLA regulations on the definition of “spouse” took effect. Previously, employers looked to the employee’s state of residence to determine if the employee was legally married and considered a “spouse” for FMLA purposes. The new 2015 FMLA regulations changed this test to look to the place where the marriage was entered into (referred to as the “place of celebration”) rather than the law of the employee’s “state of residence.” This change significantly impacted same-sex couples, and sought to ensure that all legally married employees have consistent FMLA leave rights, regardless of where they live.

This new definition does not apply to unmarried domestic partners (including those who have entered into a civil union), but can apply to “common law” spouses if the employee’s state of residence recognizes “common law” marriage.

The definition of “spouse” under the new rule was initially challenged in court. However, in June 2015, the Supreme Court issued its decision in Obergefell v. Hodges, holding that states must recognize lawful same-sex marriages entered into in other states. Under the present state of the law, therefore, employers in all states must abide by the expanded definition of spouse in the FMLA.

Parent means a biological or adoptive parent, foster parent or step-parent, or an individual who stands (or stood) in loco parentis ("in the shoes of a parent") to an employee when the employee was a child. A parent-in-law is not included within the definition of "parent."

A person who stood in loco parentis would have been responsible for a child’s daily care or financial support. This relationship may exist even if there is/was no legal or biological relationship between the employee and the person.

If an employee begins taking FMLA leave while an in loco parentis relationship exists, but that relationship later ends, the employee will no longer be entitled to FMLA leave. For example, if an employee initially stood in loco parentis for his granddaughter while his daughter was called up to active duty, his FMLA-leave eligibility will end if the daughter’s orders for active duty are canceled and she returns to care for her own child.

Also, consider an employee who asks for time off to care for her seriously ill 10-year-old nephew. Likely, she is not entitled to FMLA leave since a nephew is not a family member under the FMLA. However, if the employee explains that she is raising her nephew, the employee is standing in loco parentis to the nephew and is entitled to take FMLA leave in this situation, provided all the other requirements are satisfied.

A son or daughter is the biological, adopted, stepchild, or foster child of an employee, a legal ward of the employee or a child of a person (including a same-sex domestic partner) standing in loco parentis. A son or daughter must also be either under the age of 18, or age 18 or older and incapable of self-care because of a mental or physical disability. A person is considered "incapable of self-care" if he or she requires active assistance or supervision in providing daily self-care in three or more of the activities of daily living and has an impairment which substantially limits one or more major life activities as defined under the Americans with Disabilities Act (ADA). Activities of daily living include caring for one’s grooming and hygiene, bathing, dressing, eating, cooking, cleaning, shopping, paying bills, using the telephone, using the Post Office, and the like.

The FMLA makes clear that an employee can take time off to care for a child, but that a child is defined as a person under 18 years of age, or who is older than 18 but has a disability as defined under the ADA and is incapable of self-care. In 2005, the Eleventh Circuit Court of Appeals ruled that an employee’s FMLA claim was properly dismissed where the employee’s pregnant daughter was over 18 and the employee did not prove that the daughter was incapable of self-care because of a mental or physical disability.

If an employee is taking leave for a qualifying reason, they are not bared from also providing other, non-qualifying services. For example, in one case, the Seventh Circuit Court held that an employee was entitled to take FMLA leave to care for her adult daughter (who was battling cancer) and also to care for her grandchildren. It is not clear whether there is a requirement regarding the percentage of the employee's time that is spent caring for an adult child during the leave in order for the FMLA to apply.

Under the FMLA, a covered servicemember is a member of the Armed Forces who meets any of the following criteria:

A "serious health condition" means an illness, injury, impairment, or physical or mental condition that involves any one or more of the following:

The definition of a health care provider

A health care provider is broadly defined and includes: 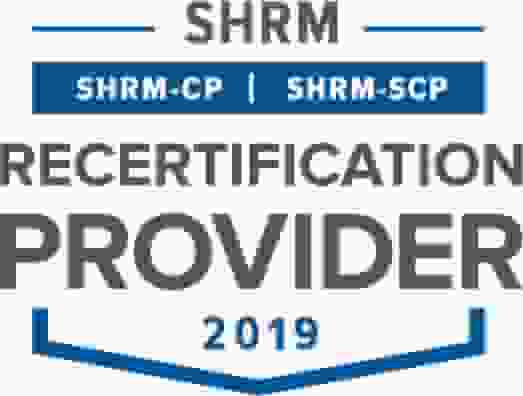